The following was posted over on my other blog a few years ago...I really debated putting it here, but thought why not.  The photo was part of the view from around home.

Click to enlarge.
I am Rose, or Rosemary, depending on who you are talking to,
the daughter of Sarah and Ellison,
youngest of eight children that survived to adulthood,
of those eight I am one of the two that was born in a hospital,
and probably the only one that does not actually remember living without electricity.
I lived in the shadows of the East Tennessee mountains till adulthood
Claimed by them as if a part of the evening shadows that filled our yard so quickly come evening,
Filling me with their peace till no place else can ever totally claim me.
I feel as if I were a part of the very earth from that place that will forever be home.
I grew up knowing how to sew on treadle a sewing machine
and do the wash with a wringer washer,
and sit by the fire and dream.
Helping to raise about all the food that we ate,
Planting, hoeing, picking, cooking, eating, canning, freezing,
Making sure every jar on the place was full and the freezer so full it was almost hard to close.
I ate mustard greens and cornbread,
and still do to this day
And ate fried taters and soup beans and considered them as fine a meal as could be had
Grew up watching my mom make biscuits from scratch,
never measuring a thing
She made pies and dumplings and cornbread the same way.
Oh, what I wouldn't give for some of those biscuits or the chicken and dumplings...
the cornbread I actually make myself--the same way--never measure a thing.
For entertainment there were swings in the tree,
Barns to play in with hay in the loft
Creeks to wade,
a pond to swim in,
fish to catch
Calves to play with a horse to love, dogs to hug,
And each other
We had hide-n-go seek on summer eves after dark,
Sitting on the porch and talking,
Listening to the whippoorwills
While planning the work for the next day.
And there was ball--baseball, basket ball, football, and whiffle balls.
I must have drove my brothers nuts,
But with four of us, we could always play something
We didn't own a baseball bat,
but would find a stick or short board and whittle a handle,
That served the purpose just fine.
The three siblings that were close to me in age were my brothers George, Neal and Robert
So some of what I like about myself is due to them
I am not a woman that is afraid of her shadow
I can use an axe or gun or rifle as easily as my sewing machines
I come from a home that had guns and hunting and that was just a part of life.
We were taught to be responsible from a very young age...
We didn't get fireworks on the fourth of July--too afraid of starting a fire
Our time for firecrackers was Christmas--at night.
We always hoped for snow, but it didn't matter
Just build a fire and have a brick of firecrackers and a few M-80s to made a big bang
Specially when you collected the firecrackers that didn't go off the next day --
unroll them and collect all the powder,
get a piece of fuse,
bore a hole in a chunk of wood,
pour in the powder, place the fuse, and make or find something to make a plug and Presto, you have an even bigger bang
And we survived it all!
Posted by Rose at 10:36 PM No comments: 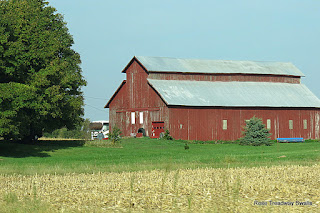 I seldom get to take barn photos now, so will post this one from the archives.
Posted by Rose at 10:18 PM 19 comments:

Email ThisBlogThis!Share to TwitterShare to FacebookShare to Pinterest
Labels: barn 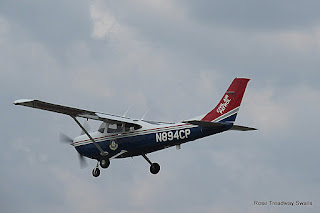