I have tried to think how to give an update and give a true picture of how things stand and it is hard to do.

First, Roger was moved from the Intensive Care Unit to a regular room on Monday, August 15...he stayed in that room until Friday, the 19th of that same week.  He was then transferred to a hospital in Terre Haute to their rehab facility..

He has improved a lot in some areas, but in others not as much.  He has sat up on the side of the bed by himself.  He has stood up at the sink under his own steam.  Day before yesterday was a great day...the therapist had him up and walking.  Not a lot, but sure a lot more than he has been doing.  So much more than I even dared hope for.

But say you ask him what a plate is, or what a ball is, he could not just name it for the life of him.  But say you said "pass me the salt and _______" he just might say pepper.  He gets really down on himself.  He has trouble concentrating and following instructions.

Also, yesterday the occupational therapist did some testing of his vision.  He seems unable to see with his right eye, plus the right side of his left eye is impaired also.

Today they had him walk 100 ft.  A therapist held to each arm while he walked.  They were to help him with balance plus just to help.  But he did make...they are pleased with how he is coming along in physical therapy.

This is not much of an update but it at least gives you an idea of what is going on.  All the prayers and well wishes are greatly appreciated.
Posted by Rose at 9:10 PM 9 comments:

About Roger....how quickly life can change... 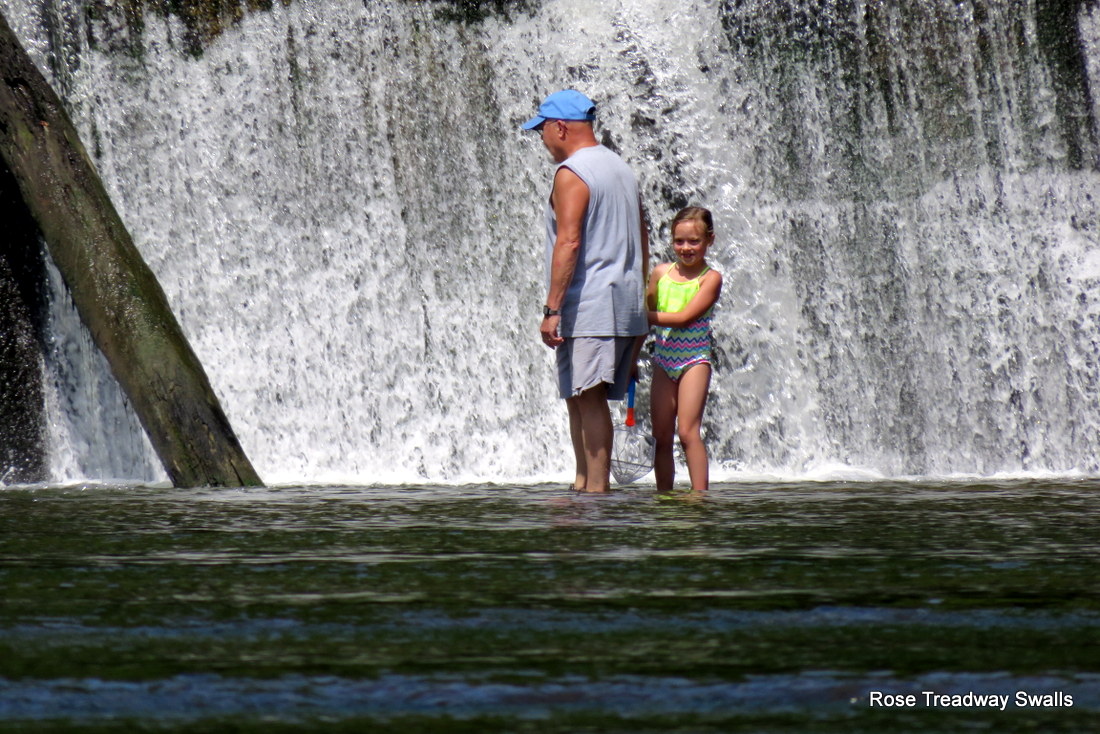 The above photo was taken July 25th.

Today Roger is spending his 11th day in Neuro-critical care unit at a hospital in Indianapolis.  He had a mini-stroke on the night of July 28th.  He was in the hospital here over-night and till the next evening.  They did a cat scan, EKG, did scans of his carotid artery and seen nothing else.  They gave him an additional blood pressure medicine and Plavix.

August 2nd he had mowed the yard and did a few things around here, had a bite of supper, laid back in his recliner to snooze, I thought.  Then got up and went in the other room.  When he did not come back, I went to check on him and he was laying in bed and said his eyes hurt.  I am skipping parts, but ended up taking him to the emergency room within a few minutes.  I had them help me get him in and they told me to go to the ER waiting room till they called me back.

I no more than got the car parked and got inside and set down and they called me back to sign stuff, said it was serious and they were life-lining him to Indianapolis.  They would explain to me in the ER room...she just needed my signature to get things started.  He had a brain bleed/hemorrhage.  They intubated him in case he needed it on the way there.  They said it was easier to do there than in the helicopter.

It is soo long to go into details  but will give a few...it took two or three days to get the bleeding stopped. During that time he remained intubated.  He has had the breathing tube out for a few days now, and the feeding tube has been out a couple days.  He could move his left arm and leg all along, though for a day or so, not on command.  His right arm/hand and leg/foot did nothing for the first several days.  But he is moving his right arm more and more, and will squeeze my hand with that hand.  And he moved his right foot/leg on command yesterday during therapy.

If they can get his blood pressure under control with oral meds, he will be moved to his own room.  And from there should only be a few days till he goes somewhere for rehab.  But they have been working on the blood pressure for days.  He does not sleep in the ICU room...has went for at least 3 days with only a short nap here and there.

I may not respond to comments, but please keep him in your prayers.  I am so thankful for family, faithful friends, and blog buddies.  People he worked with and 'played' with have stood by him/us in this time of need, also.  I have no words to express my gratitude.